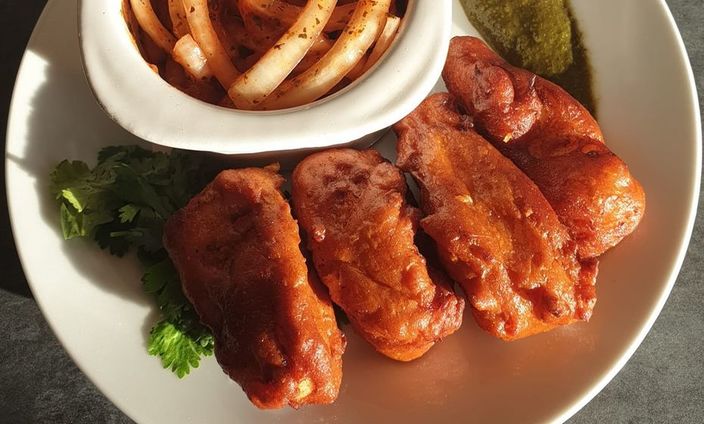 At Campbells we are exceptionally proud of the quality of our ingredients. Our Fish Box was curated by Stuart, our master fishmonger, to highlight the best of Scottish fish. Here we have collected some of our favourite fish recipes you can make with the ingredients in our fish box. We will also be looking at the history behind some of these dishes. As well as traditional Scottish recipes, we have also delighted to include a few Indian flavoured dishes to inspire you. So simply select a fish box for delivery and read on to find out more about Kedgeree, Fish Pakora, Cullen Skink, and a classic Fish Pie.

Kedgeree is the original Indian/Scottish fusion food and has its roots firmly in the British Raj. It comes from the South Asian dish khichdi which is a very lightly spiced mix of lentils and rice. This then became particularly popular as a breakfast dish for the British colonists which resulted in eggs and fish being added as these were popular to eat for breakfast at the time. On the return home, the lentils were swapped out and the Scots added smoked haddock which made Kedgeree as it is known today. It is said that Queen Victoria was particularly partial to kedgeree.
The National Trust for Scotland’s book by Christopher Trotter, ‘The Scottish Kitchen’, theorised that Kedgeree was created by members of the Scottish regiments that had been stationed in India who wished to replicate the flavours they had experienced there but also add a uniquely Scottish quality.

Pakora is one of the most well-known snack and street foods from the Indian subcontinent and is incredibly popular both at home and abroad. Though usually made from vegetables many other pakora varieties can be found, and the most famous in Scotland is the Haggis pakora which is the ultimate modern Indian/Scottish fusion food. The batter is made from gram flour which is made from chickpeas, and the result is that as well as being delicious pakora are also naturally gluten-free.

Second only to Haggis when it comes to a classic Scottish dish, Cullen Skink is a very rich, creamy, and tasty fish soup made with smoked haddock, potatoes, and milk. It is similar to a French Bisque or American chowder, but with a deeper flavour and richer texture. Incredibly popular in hotels across the country, it is most often served at home as a starter as part of a Burns Supper. It originates from Cullen in Moray, and ‘Skink’ is Scots for ‘shin’ which became associated with soup due to broths often being made with the shinbone as a base.

Fish pie is a wonderfully tasty and easy midweek meal that is quick to cook. Perfect for using up any type of fish, this recipe is incredibly versatile and can also be made with the addition of prawns. This pie is creamy, rich, and delicately flavoured with mustard and pepper. You can also freeze the pie after adding the mash on top and heat up at a later point in time.

Fish cakes are a perfect midweek meal as they are light, healthy, quick and easy to make, and can be frozen ahead of time. If you are planning on freezing them, simply make them up then skip the breadcrumbing step and freeze. When you want to use them you can allow to defrost overnight in the fridge, freshly breadcrumb, then bake.