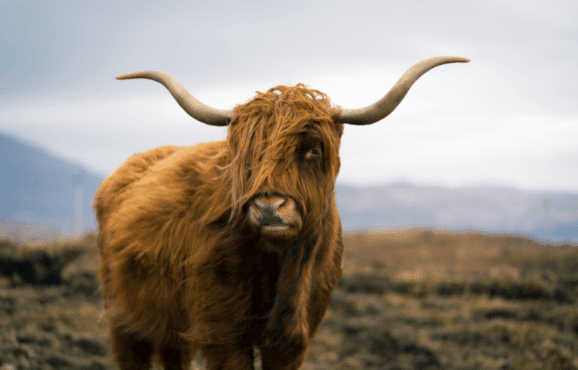 Scotch Beef is praised around the world for both the quality of the product and the ethical farming standards that go into producing such fine quality beef. The label has PGI Status (Protected Geographical Indication). This is a quality scheme created to preserve the traditional techniques and geographical location unique to certain products.

In Scotland, the main body that protects the quality and labelling of these products is QMS (Quality Meat Scotland). They oversee the Scotch Beef, Scotch Lamb, and Specially Selected Pork labels, and ensure that all products labelled Scotch meet the stringent standards set.

The standards for being labelled as Scotch include the animal being born, raised, and processed here in Scotland on QMS assured farms. The SSPCA (The Scottish Society for the Prevention of Cruelty to Animals) regularly inspects these farms to ensure high animal welfare standards are maintained, and every part of the animal’s life is scrutinised, from feed to veterinary care. There are also standards set for sustainable farming practices that QMS farms must adhere to.

We always have a wide variety of Scotch Beef products, including beef steaks, beef roasting joints, and minced and diced beef products. This fine quality grass-fed beef from Scottish cows is then kept in our chill to create fine dining dry-aged steaks. Dry-aged beef allows for the flavours of the meat to fully develop, creating a spectacular taste. While the majority of cows used in the beef industry in Scotland are crosses between Scottish breeds of cow and European breeds to create a balance between size, flavour, and adaptability to the climate, we also make an effort to stock some fantastic Scottish heritage breeds.

Originating from Aberdeen, the Angus is the most popular breed of cattle in the world. Officially recognised in 1835, the breed has been exported to Australia, Canada, New Zealand, South America and the United States. Like all Scottish breeds, they are hardy and adapted to the cold Scottish climate, and ideally suited for surviving the winter. This makes them a very easy breed to keep and the meat is extremely tasty, making them a popular option for cattle breeders and consumers alike.

Ayrshire cattle, a dairy cow from Southwest Scotland, have distinctive red and white patterned coats which can vary from dark brown to light orange. Although now considered to be a native breed in Scotland, their origins are a mix of Dutch and Scottish cows though the exact breeds used to create the Ayrshire are no longer known. Used primarily as a dairy breed, they produce large quantities of milk and are long-lived.

Another breed from Southwest Scotland, they derive from the Galloway cattle and became a distinct breed in 1921. They are a dual-purpose breed and are used for both beef and dairy production. They are distinctive looking and can be easily identified by their large white belt over a black coat.

Galloway cattle have a distinctive shaggy double-layered black coat and are one of the oldest established breeds in the world, with clear roots going back to the 17th Century in their native Galloway. They shed their coats in the summer months and are naturally hornless. Used primarily for beef production as the meat produced is well-marbled, although there are some records of them being used for milk production.

One of the most recognisable breeds in the world, and often used as a symbol for Scotland. From the Scottish Highlands, Highland Cattle have an extremely distinctive long, wavy, shaggy red coat and long horns. They are a hardy breed perfectly adapted for all Scottish climates. Highland Cows are typically leaner than most breeds of cattle, and have been primarily raised for beef production. They are also the oldest registered breed in the world and have direct lineage to Neolithic era cattle. First registered in the first herd book in 1885, the cattle used to be two distinct breeds, the red-coated cattle familiar to most people, and also the Kyloe which is black in colour and smaller in stature. The Highland Cattle Society is dedicated to the preservation of the famous heilan’ coos.

The youngest native breed in Scotland, Luing cattle were first developed by the Cadzow brothers on the island of Luing in 1947 before being officially recognised in 1965. They are a cross between Highland Cows, to create a hardy breed that is well suited for the climate, and Shorthorns, to create a breed of cattle with flavoursome meat.

Native to Shetland, they are a smaller yet tough breed that can vary in colour from black and white, to red, to grey. A dual-purpose breed for both milk and beef, The Rare Breeds Survival Trust has long been dedicated to preserving this unique breed.

Originating in both Southern Scotland and Northern England, they are similar to the Shorthorn breed but are always white in colour. They are most often used for conservation grazing.