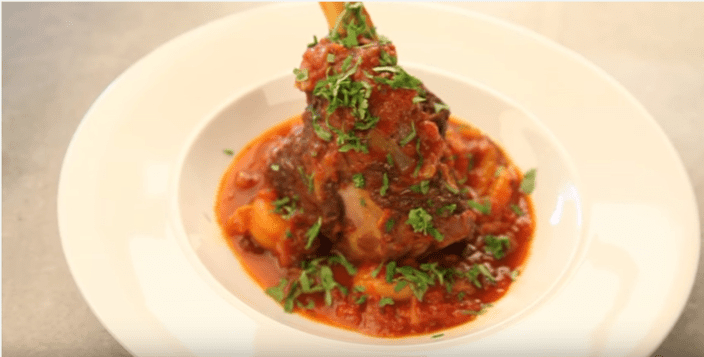 Lamb loves the North African treatment. The spices we in this recipe video are from a favourite tagine recipe.

Shanks need to be slow cooked. Campbells lamb shanks are well butchered – there’s no excess fat. The beauty of lamb shanks is being able to cook on the bone. Leaving the bone in really does give a great depth of flavour, more umami, if you like. Basically the fat and marrow in the bone melts during cooking and seeps out keeping everything moist and adding flavour.

If you fancy an alternative to the Moroccan spices, lamb shanks taste great simply braised in onions and red wine, with a bay leaf or two in the mix.

Lamb shanks used to be really unpopular cuts, but have now gained their rightful place on the culinary scale. They’re still good value for money, and still we tend to use them as part of a special meal these days. There’s something so appealing about them on the plate, too – a great volcano of meat on the plate with the bone erupting from the summit!’