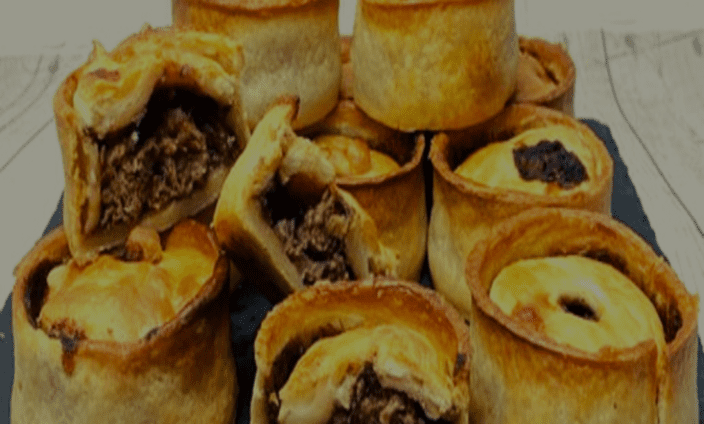 We are thrilled to be celebrating British Pie Week at Campbells this year. We love festivals about food, and anything that celebrates food in the UK is particularly important for us as we pride ourselves in supplying restaurant quality products made from the best UK farms.

As a Scottish butcher, we also want to promote the finest Scottish produce available and have a wide variety of Scotch Beef, Scotch Lamb, and Specially Selected Pork. These particular products have been verified by Quality Meat Scotland at every stage of the process. The Scotch and Specially Selected labels mean that every animal was born, raised, and processed right here in Scotland. QMS work very closely with the SSPCA, the Society for Prevention of Cruelty to Animals, and ensure that every farm involved adheres to the highest standards of animal welfare and sustainability. We care about promoting the abundance of fantastic food that can be made with UK products which are often praised across the world, for example Scotch Beef which is famous for both the quality of flavour and animal welfare, and Scotch Lamb which we think is the best in the world. We are also passionate about sustainable food systems through reducing food miles, and eating locally produced products is one of the best ways to achieve this.

What is British Pie Week?

British Pie Week first started in 2007. It was actually initially created as part of a marketing campaign by a pastry company to increase sales and encourage people to make pies at home. Since then, it has taken on a life of its own and is celebrated by a number of restaurants, pubs, and food suppliers across the UK and the focus has shifted from making pies at home to celebrating the wide variety of pies that can be found across the UK, as well as celebrating everything that is pie related as a whole. From an everyday lunch staple, to the perfect snack at a football game, to some of the more modern and extravagant interpretations found in gastropubs and restaurants it is safe to say the Pie is a fixture of British life and is much adored by pie lovers across the land. The British Pie Awards are held at the end of this week.

When is British Pie Week?

British Pie Week is celebrated during the first week of March every year.

What is a Pie? The history of Pies

Now, to a point of contention for many. The origin of the word ‘pie’ referring to a dish dates back to the Medieval era, and is a reference to the magpie bird. The magpie is well known for collecting a random assortment of objects in their nests, and during the medieval era pies were made as a way of using up a collection of various ingredients including several different animal meats. However, the act itself of baking ingredients together that are wrapped in pastry dates back much further there is evidence of this process in Ancient Greek and Roman cuisine.
In medieval Britain ovens were not always readily available. However, pies could be made easily over an open flame. Pies with an open top were called ‘traps’ and pies with a lid were called ‘coffyns’ which actually translated to meaning a box. Unlike most pies today, the pastry was not eaten but existed to hold together the ingredients.
Sweet pies began to make an appearance during this time, but these were often referred to as tarts and were not usually sweetened with sugar due to the high cost, so most of the flavour came from fruit. During the 13th Century eating mince pies as part of festival celebrations became commonplace and these were made with a mixture of meats, fruits, and spices. This practice was then outlawed during the Puritan era for 16 years before the ban was removed in 1660.

Pies have a particular association in North America, as pilgrims brought over the cooking style and techniques over from Britain. Pies were preferred over bread at the time as they could be made without a proper oven and used less flour. They were also ideal for utilizing local and native produce, such as pumpkins and berries, and stretching out small amounts of ingredients to feed more people. As newer waves of immigrants arrived the pies started to take on Dutch and French elements of cooking, particularly with spices more commonly found in Dutch cooking and the influence of French style pastry.

These days there are many variations across the world and some debate as to what constitutes a pie. Does a pie have to be fully enclosed to count as a pie? Does a pie have to be made with pastry? Does mashed potato on top count as a pie, like is commonly seen in fish pie, cottage pie, and shepherd’s pie recipes? Can pies be both savoury and sweet? Is the key element that the topping or pastry need to be baked together with the pie filling? What about shape? Is a patty a pie? Or a samosa?

We are not so sure, and we have spent quite a bit of time debating this here. All we can be sure of is that our pies are delicious.